The Bashful Mute
Find Me in These Roleplays!
​One on One with Trash Panda
History:
As a young boy, Xavier grew up in an abusive household. His parents were both alcoholics, and the fact that he was born deaf didn't help their already intoxicated fury sprees. Because they hardly ever were able to make ends meet, and he was forced to sit out on the streets and beg. His father found the act of humiliating his son entertaining, and his mother was never brave enough to save him. His life of poverty invited lots of bullying, and the scars from those days still taint his body.
At the age of 8, he quit talking. Since then, he has only communicated through nonverbal ques and written responses. He was never educated in sign language, so he taught himself how to read lips, which he can do fluently.

Personality:
Xavier is the embodiment of a deer; skittish, cautious, and silent. He has difficulties making friends due to his shy and bashful nature, but he can actually be quite open and friendly to those that are close to him.
Due to his past, he does not like physical contact. Enduring abuse from his parents caused him to have a mild case of PTSD; he can fall into states of shock if overwhelmed by unexpected physical touch. He has to acclimate to being touched, and, with patience, can eventually learn to accept it.
He also startles very easily. Sudden noises don't have the effect on him like they do on non-deaf individuals, but stepping into his personal space without him knowing will alarm him. He can also be startled from unexpected quick motions, like jump scares in a movie.
Xavier has never smoked or drank anything alcoholic; his parents did both and he finds it disgusting. He can not stand the taste of alcohol and the smell of cigarette smoke nauseates him.
Although he generally has a content and calm disposition, Xavier has his moments where he can be more aggressive. He tends to have more passive-aggression then straight-forward, in your face aggression; he will give you the cold shoulder, he can pretend you don't exist, and he is exceptionally good and ignoring people. However, if provoked, he can react physically. This reaction will usually be a fiery explosion that only lasts for a few seconds, like a thrown object or a feeble attempt to punch his way through something. However, it will be over in an instance and, most likely, he will start crying the rest of the anger out..
Since he naturally keeps people at a distance, it is difficult for others to get a close look at him. He had years to build the walls he's put up, and he didn't make climbing over them easy. Once someone manages to get past these walls, however, they will see a whole different person. In his core, Xavier is a generously affection person and likes to show that he cares to those that hold a special place in his heart. e
​Being a Cancer shows quite well through his feelings, where he can be an emotional roller-coaster. Although he is generally content, he has his dips and hills; he can be ecstatic for one moment and then plummet into a depressive oblivion in minutes.
His sketchbooks are personal to him, and he uses them for himself or special situations only. He always carries a journal and pen with him, and also wears a bracelet on each hand, one saying "Yes" and the other saying "No."

Likes: Being near water, thunderstorms, helping others when he can, cold weather, tomato soup with a grilled cheese sandwich, cozy clothes, baby animals
Dislikes: Violence, being startled, physical contact, wind, exposing his body, smell and taste of cigarettes or alcohol 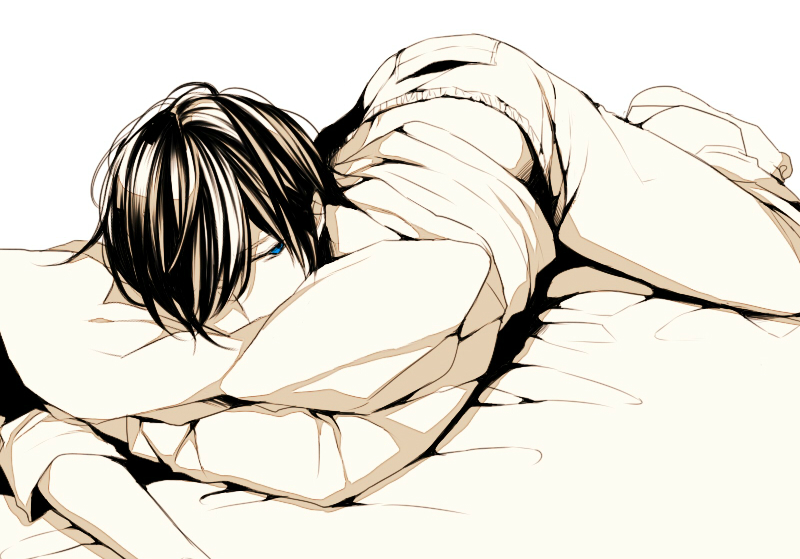